Senior Depression: Unexpected Success by Getting up One Hour Earlier!

There has been extensive study into the various factors of treatments of depression, one of which is sleep. One study of 840,000 people conducted by researchers at the University of Colorado Boulder and the Broad Institute of MIT and Harvard has yielded some of the most compelling evidence. They found that a person’s habit of waking at a specific time significantly influences depression risk.

This study is among the first to quantify just how much change is required to significantly influence mental health and mental health issues, like depression.

In recent times, this is hugely relevant as people are emerging from post-pandemic remote work and school schedules (schedules that have many people sleeping and waking later), meaning the study’s findings could have significant implications.

Senior author of the study, Celine Vetter, Associate Professor of Integrative Psychology, says about senior depression and sleep, “We have known for some time that there is a relationship between sleep timing and mood, but a question we often hear from clinicians is: How much earlier do we need to shift people to see a benefit? [From asking this] we found that even one-hour earlier sleep timing is associated with significantly lower risk of depression.”

Since mood disorders like depression can itself disrupt sleep cycles, researchers have had a hard time determining which of the factors is the causation of this disruption. However, this study has been the first of its kind to use an immense sample size, therefore more representative of all demographics.

The study remains unclear, though, whether those who are currently early birds would benefit from rising even earlier. But for those who are typically night owls, the results are clear. Adjusting to an earlier bedtime can decrease one’s risk of developing depression.

An explanation of this effect could lie in the fact that getting more sunlight exposure during the day hours- which early birds tend to receive- results in a significant boost of hormonal impacts that can, in turn, create a boost in mood.

Other studies, in turn, note that possessing a different biological clock, or circadian rhythm, then the societal norm can in itself be depressing and cause increased depression symptoms.

One of the researchers on the study, Dauglas, says, “We live in a society that is designed for morning people, and evening people often feel as if they are in a constant state of misalignment with that societal clock.” Dauglas also stresses that a larger, more randomized clinical trial could definitively determine whether going to bed earlier can reduce depression risk, but explained, “This study shifts the weight of evidence toward supporting a causal effect of sleep timing on depression.”

For those who are looking to embrace an earlier sleep schedule to reduce their depression risk, here are a couple of pieces of advice that may help:

While this study isn’t completely infallible, there is solid evidence to suggest that going to sleep earlier can significantly decrease one’s risk of onset senior depression.

If you are interested in learning more about depression in older adult populations, or if you are an older adult suffering from depression, contact Bluebird Health today!

Bluebird is an Idaho-based home health and hospice company focused on providing our patients, employees, and community partners joy through our health care services. 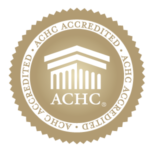